You can also assign a single task in a project to multiple people. When you do this, you have the following options:

1) The task must be completed by all assignees; OR
2) Any one of the assignees can complete the task. 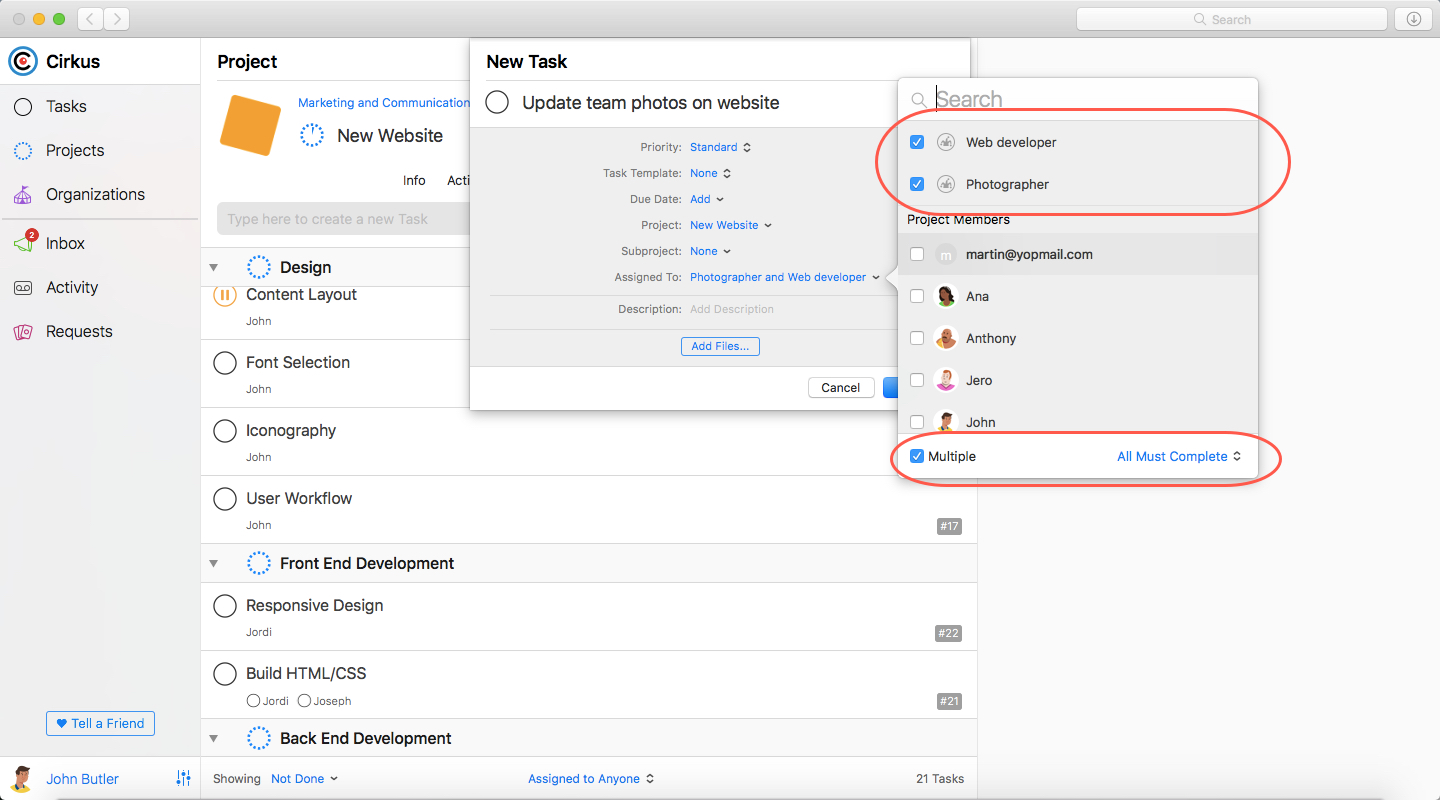 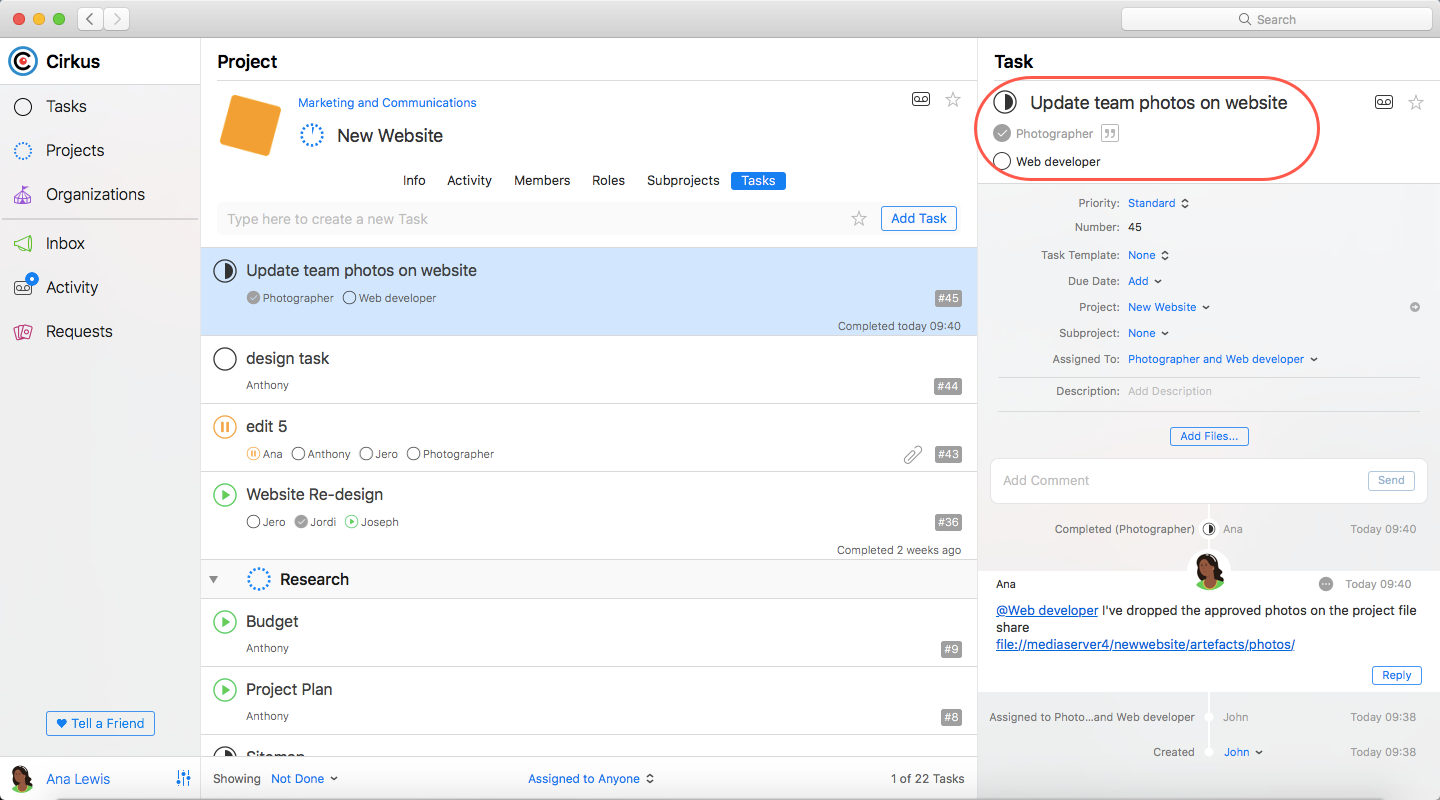 Now, in our second example let’s assume a task calls for a website redesign. There are three web designers on the team (John, Jordi and Jero), but you don’t know which one is available to help with this project. Simply assign the task to all three, and see which one claims the task. Once this person is done, they can mark the task complete and it will be "Done" for everyone. This is a great way to assign a task to a team of individuals and letting them decide who should take the task. 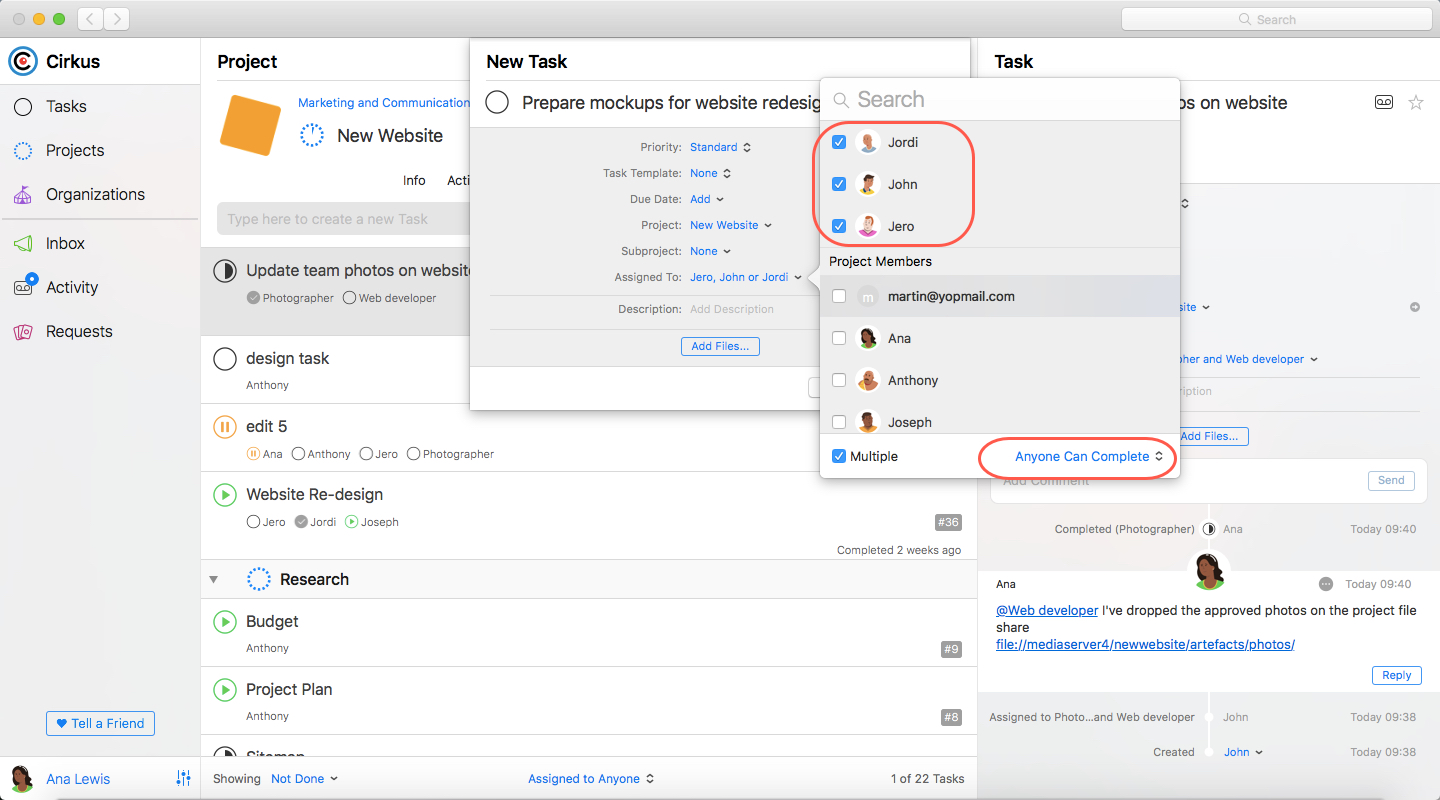